I suspect that we all have our UFO´s. And some of us have more than others. I know that I have my fair share.

But I´m still in a severe state of shock after checking on Ravelry when exactly I started knitting this sweater: 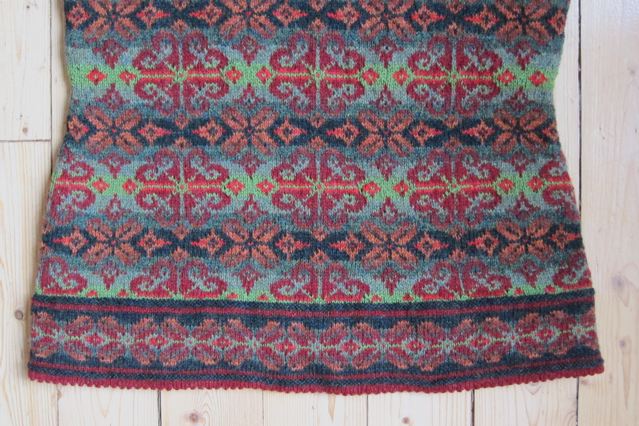 It was in November almost exactly four years ago.
I would have guessed two or possibly three years – but four!

There were a few problems with the design and that is what made me abandon the poor thing.

Firstly, it was the bottom edge. It kept curling. So I unpicked the bottom row, picked up stitches along the edge and knit a facing that was folded up and sewn into place.
The new picot egde looks a lot neater and it solved the problem with the curling. 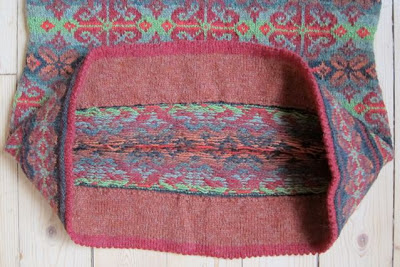 Secondly, I had knit one sleeve and had used it as a kind of swatch so the colours were all over the place.

It also had a problem with curling, so I decided to knit a new sleeve and make the edge in the same way with a facing that could be folded up and sewn into place. 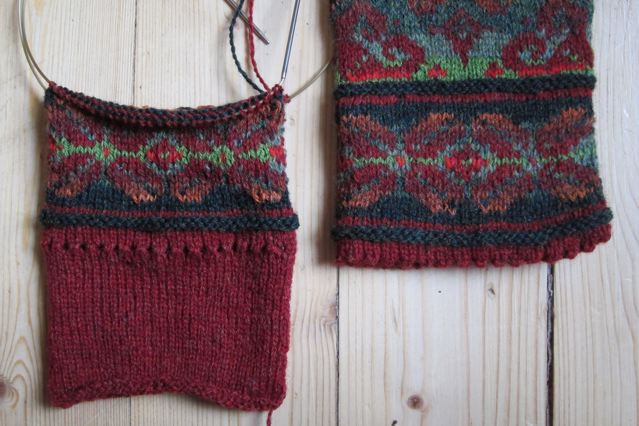 One sleeve is finished and the second sleeve is half done. This photo was taken a little while ago.

Now I only have to figure out how to knit the neck band.
But  I solemnly swear that this sweater shall be finished before the end of this year.
You will be my witnesses.