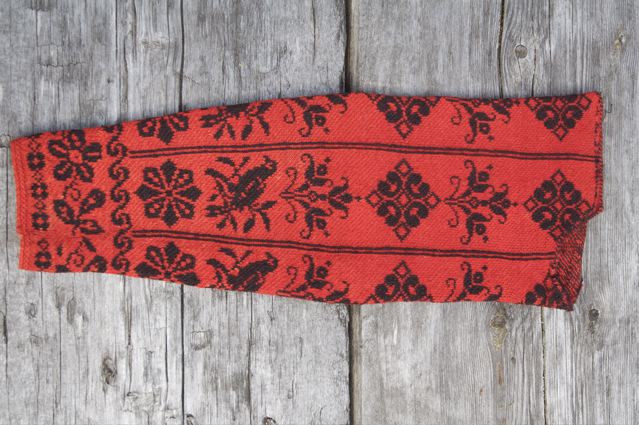 Why You Should Listen to those Voices in Your Head 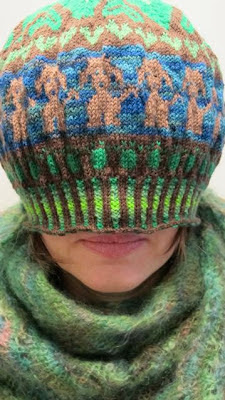 As I was knitting this hat I could hear a voice that kept nagging me about the size.
– It´s going to be rather big, it said.
But did I listen? Of course not.

Turns out the voice was wrong anyway. The hat wasn´t big.
It was massive.

Even if my head is on the small side – and my ability to think seems to be in correlation to the size of my brain, there is no doubt about it. This hat would be too big for most people

But maybe one could wear this instead of a burka if one was of the burka-wearing kind?
And it works much better than an anti-age cream. No wrinkles to be seen anywhere.
But enough of the bad jokes.

This hat has now been ripped and I have started again. Luckily I love the combination of the colours – brown and green/blue – so I am not feeling too miserable.

And the pattern of happy little hounds really cheer me up! 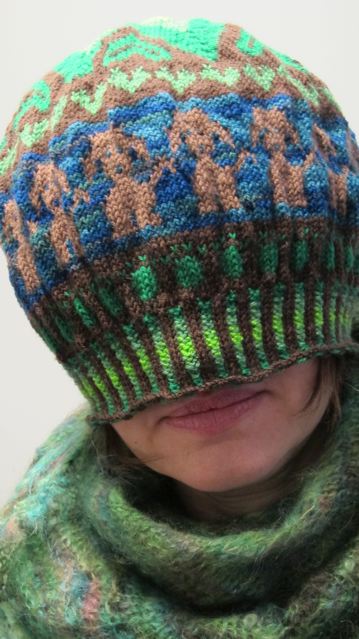 On Show in the Snow 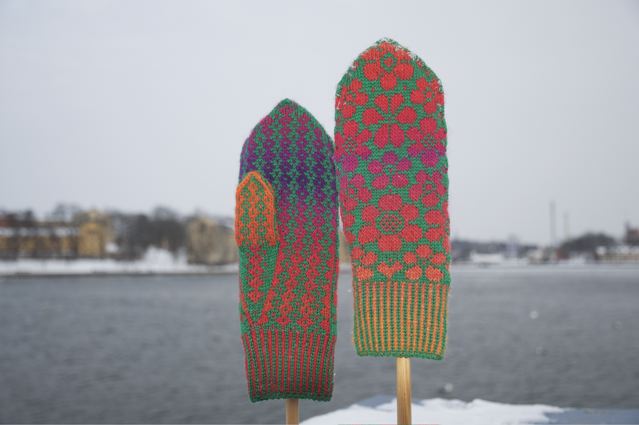 It´s well below freezing and pretty windy, too. Siberian winter has reached Stockholm and it´s the perfect weather to curl up on the sofa and knit. The Maja hat now has a pair of matching mittens.
Of course it meant that we had to go outside to take a photograph...
Brrr.

Luckily I also had a new hat to model or my ears would have frozen off. 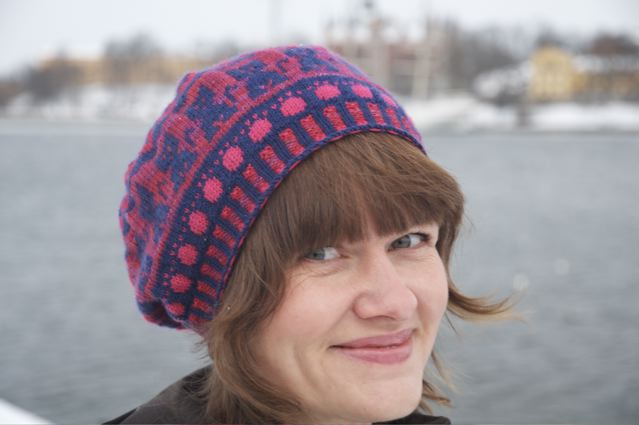 Later on teenage daughter took the mittens and the camera out to play in the snow. 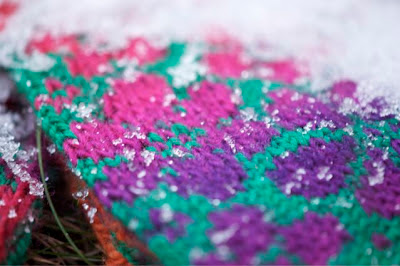 The yarn is my favourite Zauberball and Loopy Ewe Solids in bright green. They work well together. 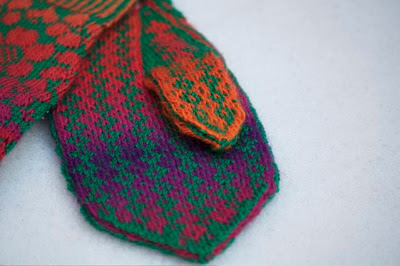 And for all the members in "Friends of the Thumb Gusset" here is a close up of the thumb gusset. Enjoy!

Last weekend something happened that I never thought would actually happen. I finished my first mitten made in the twined knitting technique! 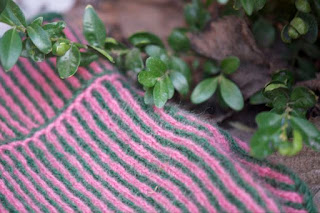 After washing and blocking the mitten softened and even stretched enough to fit my rather wide hand.That was lucky because  I had been worrying a lot about it being too narrow. 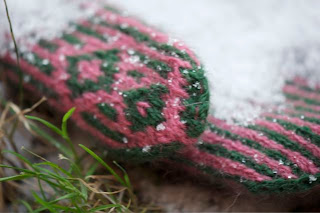 By the time I started knitting the thumb I had grown confident enough to risk making a simple pattern. And that is when I actually started enjoying the two end-knitting technique. Which feels like something of a miracle given how much I disliked it at first – but only because it made me feel like all thumbs.

Now I have started the second mitten. The first one took two years, but by now I think I have the speed up so I probably knit twice as fast.