Secret Projects (and Not So Secret)

A lot of the time this autumn I have been working on secret projects. New hats and mittens.
I´m not sure what will become of them, but time will tell.

But here is some stuff that is not so secret. A new pair of mittens made with yarn remnants.
When it comes to colour I always find the more the merrier. 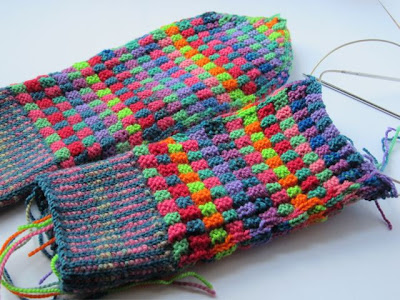 I have loved knitting these mittens. What I don´t love quite as much is weaving in all the ends. 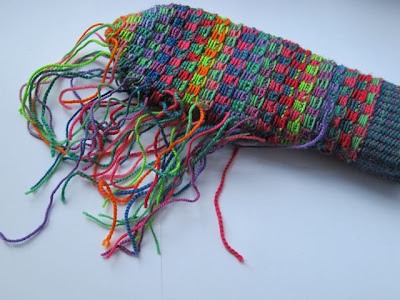 This mitten is nowhere near being finished. I haven´t even started on the next one.
And needless to say both mittens still need thumbs. 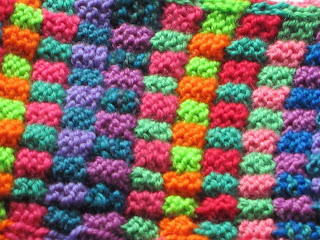 As long as the yarn is roughly the same thickness and of the same yardage it works rather well together.
And you don´t need to have a lot of yarn left, just a couple of yards/meters.

I made these mittens as part of a project for the group Stick-Salongen that I belong to. There are eleven of us and we meet once a month to knit and talk. Yes, the Nerd Level* of our conversations is pretty high and would probably bore others to tears. But some of the things we knit are quite interesting.

(*Nerd Level is a way of quantifying nerdiness, measured in social outcast tiers)

Last Christmas I (very nobly) gave my Karin Kurbits mittens away, so I´m now working on a new pair. 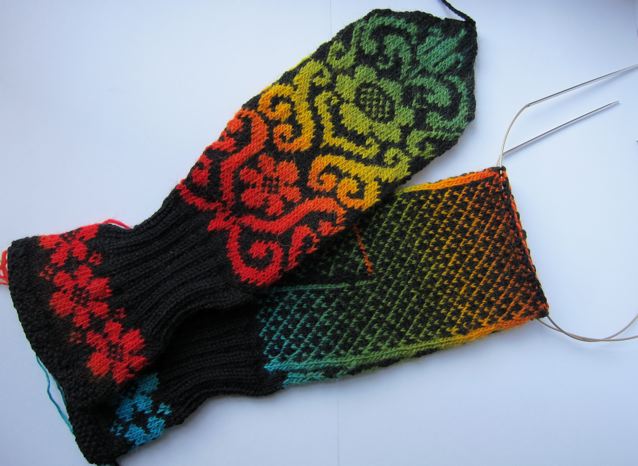 So now the pile of mittens that need thumbs is now growing rapidly next to me in the sofa. For next Christmas I´m going to ask Santa for a thumb-knitting machine.
Upplagd av Johanne Ländin kl. 14:31 11 kommentarer: 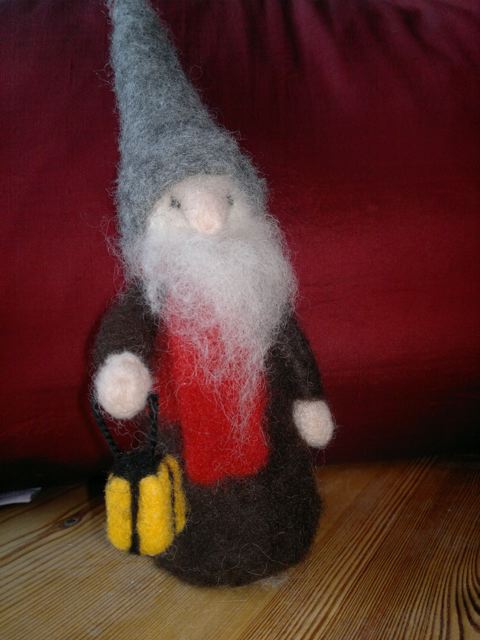 All You Need is Paul

Knitting while waiting for a Paul McCartney concert to begin:

And finally – there he was. With his Hofner Violin bass. 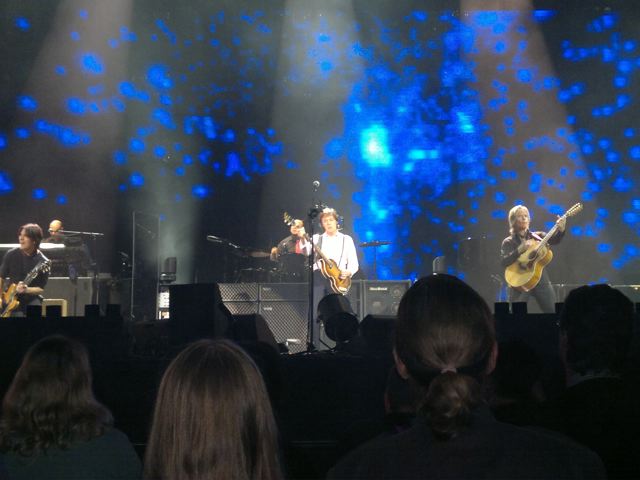 This was the fourth time I saw Paul McCartney in concert. I was in row 4, seat 34 – right in front of the stage. I couldn´t believe my luck! It´s the best seating I´ve ever had. Maybe 4 is my lucky number?

It was easy to forget the other thousands who filled the Globe Arena, especially when Paul played acoustic guitar and sang without the rest of the band and told little anecdotes. 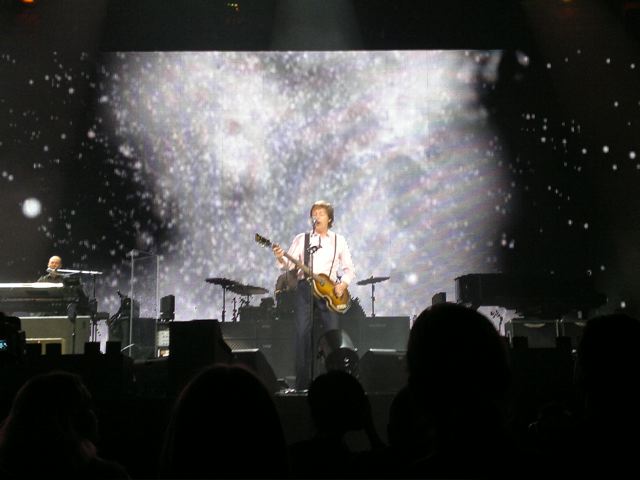 Next June Paul will turn 70, even though it´s hard to believe. He still has a boyish look and kept rocking for two and a half hours almost non stop. He played one song for John and one for George. And I bet he played "Maybe I´m Amazed" for Linda, though he didn´t say.

My love for the Beatles made me do a lot of half mad things when I was young. I went to Liverpool as a teenager and walked in their footsteps (it was before there was a Magical Mystery bus tour) and I stayed in London and hung around outside Paul´s office at Soho Square 1 as often as I could. And that´s where I met him and Linda once.

I´ll never forget how kind he was to me and the other giggling, young girls who had been waiting for him in the freezing cold (it was January and had been snowing – in London!)
After giving everyone an autograph he shook hands and even thanked us for waiting for him.

A lot of the people in the audience last night wore Beatles or Paul McCartney t-shirts, but I only took my Winter of Love mittens. 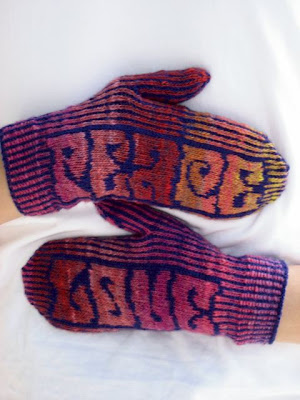 The hat I was knitting in the photo above still has no name and now I wonder if  I should perhaps call it Paula? Or maybe Linda – or Mary, Stella or Beatrice (after his daughters). Then there is Jane, (the actress he was engaged to in the 1960´s) Nancy (his present wife) and of course Martha, his sheep dog.

Since it´s going to be a pretty nice hat, calling it Heather is out of the question.