Grin and Bear it!

So it was my niece´s first birthday about a week ago. I am trying not to drown the poor kid in hand knits – and I have to admit it´s not going terribly well. But just as I was losing another battle against the urge to cast on something new for her... 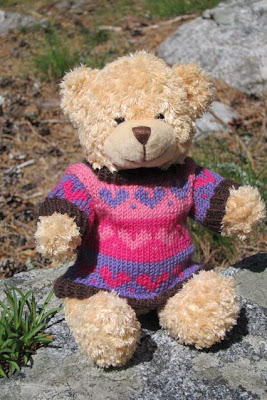 The solution is of course to knit something for my niece that she doesn´t have to wear herself.
(Yes, that is both sneaky and clever isn´t it) 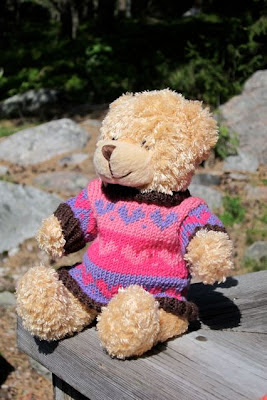 Since I had some yarn left over from the cardigan that I made her before, Teddy got a matching outfit. 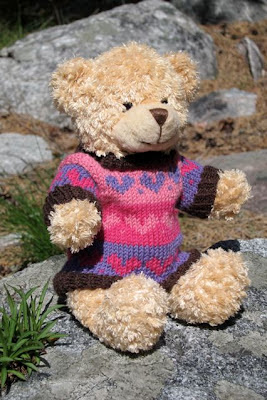 I spent a whole day knitting this tiny sweater – Teddy is a pretty small bear. Albeit with an acute dress sense.

And this is the happy birthday girl being introduced to her new friend. 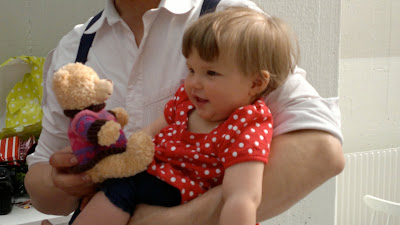 I really thought that I had outsmarted myself – when I found that I somehow had cast on something pink and with a lace pattern around the bottom.
No, surely.
It couldn´t possibly be.
A knitted dress for someone small? 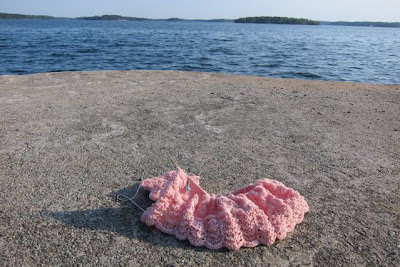 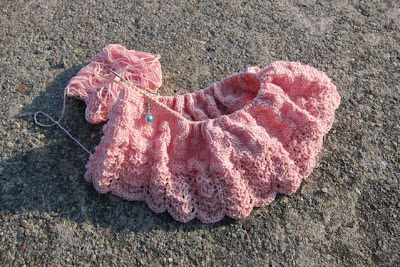 The original pattern is from the 1930´s, but like many patterns from that era it´s not very accurately written. No given gauge, no needle number, no measurements given for how long to make the skirt part...

So knitting this dress has been a bit of trial and error. There has been some ripping (and swearing) but now it´s more or less done. Just need to crochet a picot edging – and of course no instructions given for how to do that. In those days you were more or less expected to be born with knowledge like that.