The Sewing (and Knitting) Festival was great. And exhausting. So many visitors, lots of yarn. Old friends and new. 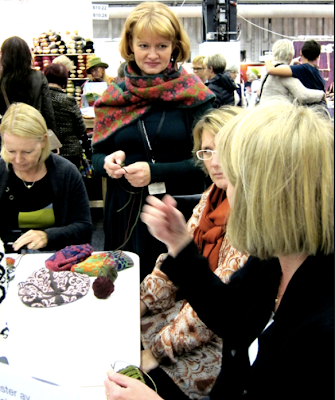 I was trying to teach the brioche knitting technique (tvåfärgad patentstickning). It was fairly successful.
Most came away with a small, finished swatch.

Because it was a bit draughty in the big exhibition hall I wore my Britta cowl the whole time. 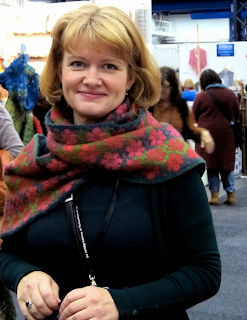 I didn´t have much time to do any shopping myself, but I spotted a lot of people carrying around this cool bag: 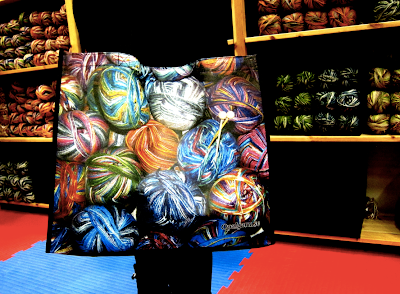 No need to ask what it contained. The bag came from Opalgarn.

But something really cool happened to me at the fair. I met my predecessor at the magazine where I work.

Maybe I haven´t mentioned this before, but I work for a weekly magaizine for ladies. I used to be a reporter, but last year I got a new job. I am now responsible for picking all the knitting and sewing patterns that we publish, as well as the embroidery. I used to love my job, but now I really love my job!

And this year at the fair I met Ulrika Andersson. She was there to give workshops about a very  old, special and unique crochet technique. She had worked at my magazine from 1969 to 1979. 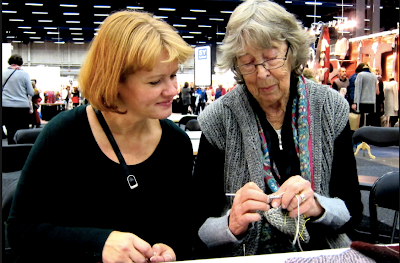 It was great to talk to Ulrika. In some ways it doesn´t seem as if the job hasn´t changed that much.


After a weekend of resting I have now translated the pattern for the Britta cowl into English– with a lot of help from my friend Wendy. Thanks, Wendy! 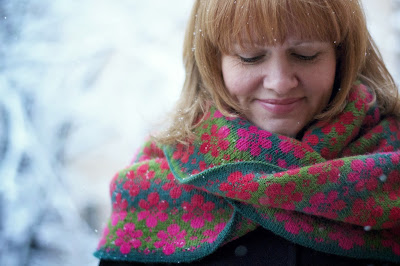 The pattern is available in English on Ravelry and if you prefer to have a printed copy in Swedish you can get it from Nysta. 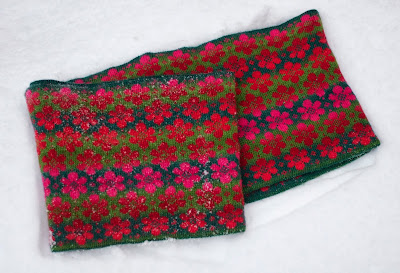