You have no idea how BORING a weekend spent on an island in the Baltic sea can be. There is absolutely nothing to do. If you are 13, that is. I can assure you that I was fully occupied myself.
So I asked teenage daughter to take some photos for my blog. And she was so bored that she agreed to do it – and without charge.

Off she went to the jetty with my new Britta hat in tow. 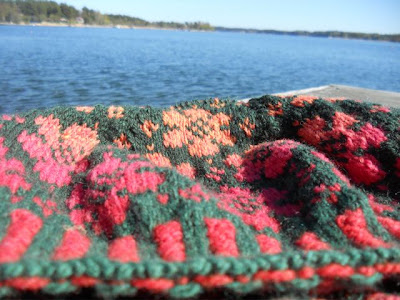 She did a good job of taking photos, I think.

As you can see from the next picture my father in law has got the sail boat in place. It´s summer! 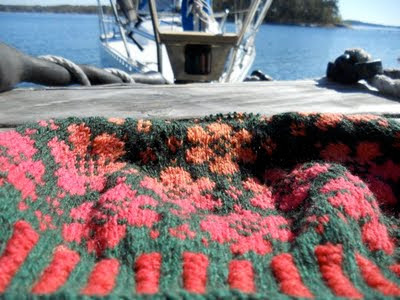 I´m knitting a new Britta hat in wool from Östergötlands ullspinneri. It´s my favourite Swedish yarn, very soft and the colours are beautiful.
But it has a slightly different gauge compared to Shetland yarn or Cherry Tree Hill Supersock Solids. Therefor I´ve had to change the pattern slightly – or the hat would end up more like a sack (which – admittedly – can be useful when you don´t want your mug on display).

Incidently there happen to be a new book about Östergötlands Ullspinneri, that Ulla-Karin (who runs the spinnery together with her husband Börje) has written – to celebrate the 30th anniversary. I was there at the book release and snapped a photo of Ulla-Karin and Ann at Anntorps Väv. 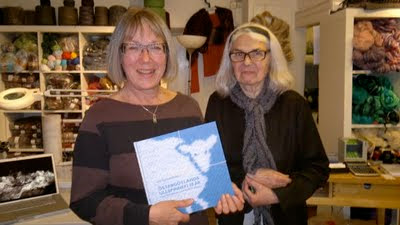 Another lovely addition to the knit book shelf!
But I seem to be making a habit out of going to book releases, don´t I?

Tomorrow I´m going somewhere very special. Dala Floda – where there will be a kind of knit- and embroidery camp for four days. Lots of work shops and visits to the local craft shop and Wåhlstedt´s wool spinnery have been planned by Anna-Karin Jobs Arnberg – here with cute daughter Emma in their Dala Floda costumes. 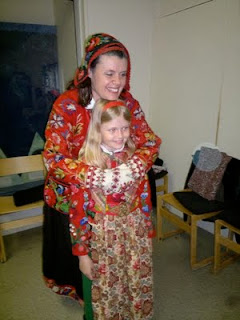 I hope to come back with something like this: 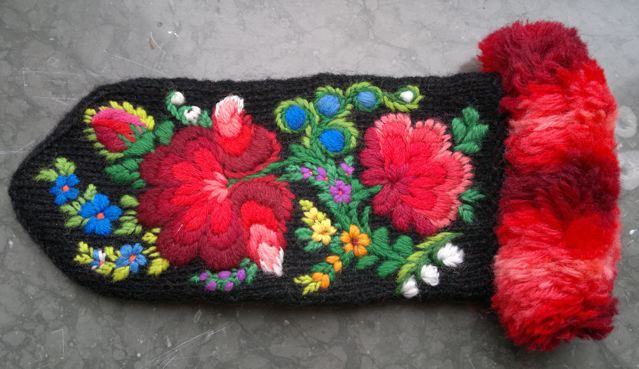 But if I do I will probably have bought it off someone. Embroidery is not my best discipline.